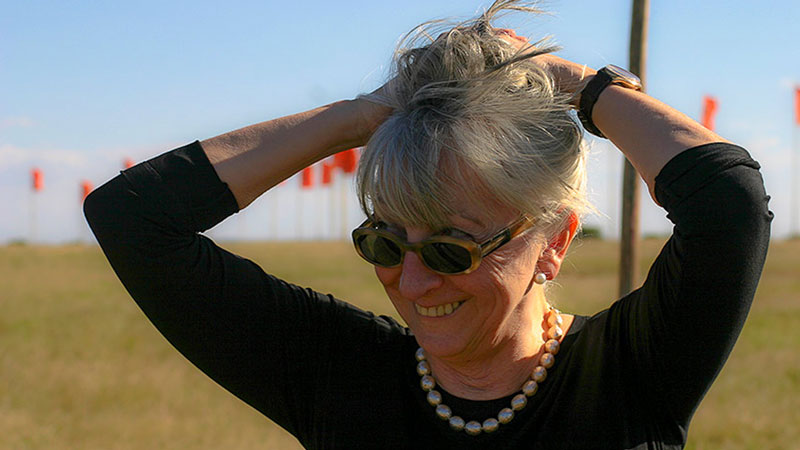 Monica Maimone’s formative experience in the theatre was Erwin Piscator’s Volksbühne, in a theatre that teaches and prepares for action and change. In the late sixties she formed the “Nuova Scena” with Dario Fo and Franca Rame. Maimone then worked at the Salone Pier Lombardo in Milan where she became the director in 1977, working with Franco Parenti and Andrèe Ruth Shammah. In 1988 she directed Et tenebrae eum non comprenderunt and Silenzio e parola , and Acqua e fuoco in 1990. Together with Valerio Festi she set up Studio Festi, a project designed to bring spectacular productions and installations to the whole world. Antigone delle città, was a choral performance and political theatre that drew attention to the Bologna massacre on 2 August 1980. In Palermo she directed the celebrations for the Feast of Santa Rosalia, restoring the original meaning of the event through the expressive power of invention. Among her original works is the Trilogia sugli Angeli. In 2006 she directed the From the Renaissance to the Baroque section of the opening ceremony of the 20th Winter Olympics in Turin, the opening ceremony of the 13th FINA World Championships in Rome and the opening celebrations for the 49th Nordic World Ski Championship in Trento. Monica Maimone is President of the “Fondazione Ipazia-Arte for the environment” which produced Deluge. As the founder and artistic director of “Mymoon”, she has never surrendered her faith in the Utopia of a living and popular theatre.